News: Blasts from the Past

Blasts from the Past 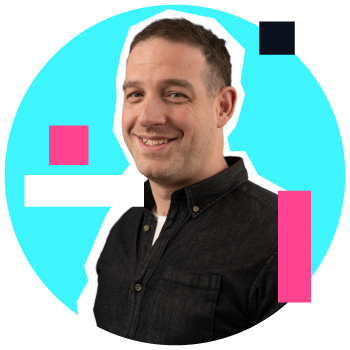 Back in my day…

For reasons unknown, the topic of conversation at Creatomatic HQ took a bit of a meander from the usual drivel of idle gossip, weekend activities and what’s currently on the cake-stand (triple-chocolate brownies, if you’re interested).  Instead, we got onto a bit of a show and tell session of some websites we worked on back in the day.

First up, from our very own creative leader Mr Kit Allen, circa 2001 – this very early incarnation of www.kitallen.com

Kit says: “OK, I put my hand up here – this was my very first stab at being a Commercial Web Designer. It was 2001; drop shadows and Gill Sans were the In Thing. I had a secondhand G3 Powerbook, a roster of about four clients that I’d begged to build sites for, and a dreadful, dreadful slogan that hurts me to look at it now. Oh, and I was designing out of a back bedroom of a house I shared with two scruffy stoner mates. Good times indeed!”

Next up, v 1.0 of the mighty www.blue-central.com, the Edinburgh-based IT company that I, along with the founding members of our friends at Kingdom Data Recovery, first cut our teeth at some 12+ years ago.

I can’t even claim any credit for the design on this, I merely updated the content.  Fortunately (for me, at least) the latter version of this site hasn’t been indexed by the archiver, as it showcased my first ever steps into the worlds of stock imagery (cheesy-business-person-smiling-at-laptop-and-shaking-hands.jpg galore) and an extremely shonky looking flash animated (shudder) intro video that forced users to wait 20 seconds before they could access the home page.  User-friendly? You betcha.

Well, back in 2001 when these sites were launched, browser capabilities were nothing like what we’re spoiled with these days.

Cross-browser compatibility was worlds away from the comparative world-peace we enjoy now.  Back then Internet Explorer was king, and thus 99% of web pages were designed and built to work with this. Netscape Navigator (remember that?) had a small cult following and there were a growing number of unfortunate, wretched souls who decided to install AOL’s hateful bloatware onto their PC’s (any of which running an already rickety Windows Me).

The way that websites looked and behaved could vary wildly depending on which browser people were using to view it, and every update brought weeks of headaches while things were redesigned, rebuilt and relaunched.

Heck, in those days it was very rare to find a website or online service (e.g. internet banking) that would come even close to working on an Apple Mac (let alone Linux), because hardly anybody used them.

Back to all news Read Next Item

A Peek Inside Our New Home